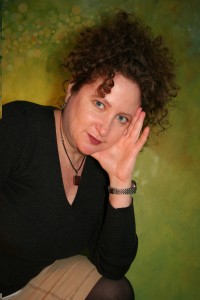 Stacy Perman is an award-winning journalist and the author of three books. Her latest: A Grand Complication: The Race To Build The World’s Most Legendary Watch was published by Atria Books/Simon & Schuster on February 19, 2013.

Her previous book, the New York Times bestseller In-N-Out Burger: A Behind-The-Counter Look At The Fast Food Chain That Breaks All The Rules (HarperCollins), was published in 2009 and was named one of Fast Company’s Ten Best Business Books of the Year, as well as one of Amazon’s Ten Best Food Lit Books of the Year.

Stacy published her first book in 2004. Spies Inc., Business Innovation from Israel’s Master’s of Espionage (Prentice Hall/ Financial Times) an in-depth look at the Israeli military and 8200, the ultra-secret high-tech intelligence unit whose alumni helped create many of the groundbreaking technologies that drive today’s information revolution. Described by Kirkus Reviews as: “a paean to the importance of thinking creatively, the work unfolds like a series of Tom Clancy vignettes;” Library Journal called it “a nonfiction work as intriguing as any espionage novel.”

After spending a number of years based in New York City, Stacy recently returned to Los Angeles where she grew up, and is now a staff writer with the Los Angeles Times. An inveterate globe trekker, she has lived in Germany, Israel and Japan. Her positions as a BusinessWeek staff writer and previously as a correspondent for Time have taken her even farther, across five continents and over two dozen countries. Her work has also appeared in publications including the New York Times, Fortune, Barron’s, Newsweek, The Daily Beast, the Los Angeles Times, the Wall Street Journal, the Financial Times, The Hollywood Reporter, Forbes, Los Angeles, Marie Claire, and Inc. magazines. She has a Bachelor’s degree from UCLA and a Master’s degree from the Columbia University Graduate School of Journalism.